#BODYPOSITIVE IS ONE OF THE MOST POPULAR HASHTAGS ON SOCIAL MEDIA, PARTICULARLY FOR WOMEN. ON INSTAGRAM, IT HAS ALREADY RECEIVED 6 MILLION MENTIONS

In other words, the affirmation of a non-standardized body, with all its flaws, both big and small. Though the Body Positive movement has gained visibility due to social media, it was founded well before Instagram and Facebook. Launched by Connie Sobczak and Elizabeth Scott in 1996 in the United States, this feminist movement focuses on building self-esteem. Its goal? Liberating women from their (many) complexes through an alternative representation of the body that will shift views and prejudices. Over time, this has been echoed throughout English-speaking countries, where publications on body affirmation, of all body types, starting from a very young age, are flourishing.
For several years now, a few famous names and an increasing number of unknowns are taking hold of this phenomenon on social media, shaking things up an becoming the icons of a new age: Tess Munster, plus-size model, Daria Marx, a French, politically active blogger who founded the “gras politique” collective, Winnie Harlow, a model with vitiligo, Thando Hopa, a South
African albino lawyer and model, and many others… Feminine beauty thus takes many forms, and women are proud of it. Eurovet wants to reflect this idea of womanhood by placing it at the heart of its new Unique by Mode City event. The vision of femininity advocated by the show is that of a return to self: a new form of intimacy that explores “how I love myself ”, “how I choose to define myself ”.
This year, Unique by Mode City is changing its name and celebrating all women! All kinds of beauty, all shapes, all sizes, without discrimination nor hierarchy. 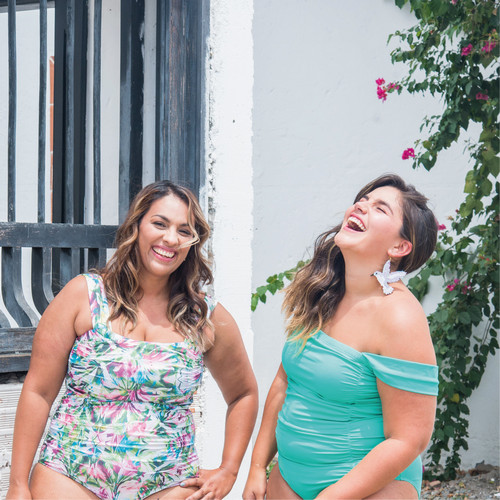 Ely Killeuse is followed by over 150 000 people on social media. She created a buzz in 2017 by posting an unusual before/after photo entitled “Here’s why I liked gaining 5 kilos”. Now, feeling better in her skin than ever, she’s done obsessing over the “perfect body” and she loves her curves. Ely Killeuse has just come out with “Body Positive Attitude” from éditions Marabout (May 23rd, 2018): recipes, exercises, and motivation to make peace with your “Wonder Body” 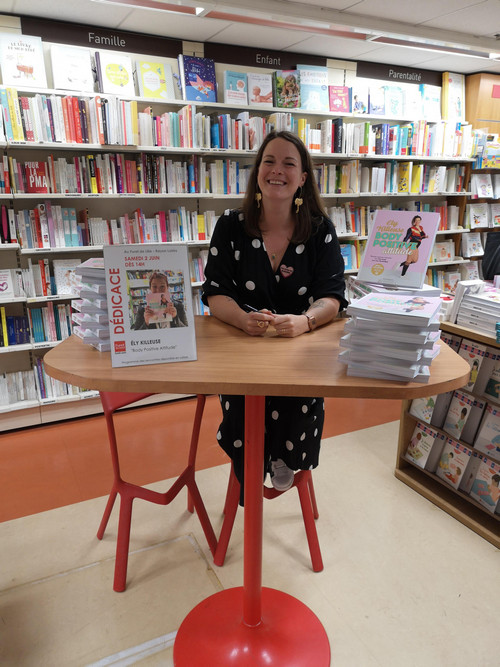 What is Body Positivity?
E.K.__It means thinking of your body in a positive way, whatever your shape, size, color, or quirks. It’s a movement that all bodies can be part of, whether you’re thin, fat, tall, red-headed, with just one breast, with red patches or spots, or ears that stick out. It means accepting your body for what it is, and not for what it isn’t in the eyes of society-at-large.

What’s your morning mantra to start the day off right?
E.K.__I’ve decided that this day will be a good one! When things start off on the wrong foot, I put on “Like a Boy” from Hyphen Hyphen or “La Fête Noire” from Flavien Berger, and I focus on cool things like the sunrise that I see passing over the Loire, a grandma that smiles at me, or a super-cute kid, in other words, I’m the one running my day, and the way it goes depends mostly on my way of seeing things around me.

3 sentences to eliminate from your vocabulary?
E.K.__“No dessert for me, thanks… Summer’s coming.” / “Can I have the banana split without the vanilla, strawberry and chocolate ice cream and without the whipped cream? Actually, can I just have the banana?” / “Jeans and a T-shirt are hot this summer at the beach…I swear, I read it in ‘Elle’.”

3 others to repeat all summer long?
E.K.__“A bikini body? Well, yes, you take your body, put it in a bikini, and there you have it: beach ready!” / “The hardest thing in the summer? Remembering to turn over on your beach towel.” / “An ice cream or a 5k run? Why choose when you can love both (well, try not to do both at the same time, you know)!”.

«My name is Yasmine, better known as Ely_Killeuse…Ely for the people who know me best. For fifteen years, I was on a diet. You name it, I’ve tried it! I suffered from bulimia and was convinced that the key to happiness was being thin. In the end, it was through being curvier that I found happiness. This is how I went from being a neurotic young size-36 woman to a comfortable, confident size-42 woman. And I feel so much freer!»

«I learned about Anita when I started running. I have a large bust and I needed good support. I’ve been a customer since I started, and I was so happy when they asked me to become their first French brand Ambassador. We have several events in the works. This is a brand that thinks of all women. They understand that female athletes don’t all have small breasts and small chests. Their wide range of sizes goes with their open minds, and I love that!»

You wish to request an appointment with the brand « BODY-POSITIVE THERAPY ».