For the past six decades, Aubade has sublimated the woman’s body thanks to the power of their unique French know-how. The sophisticated and daring Parisian brand has always put sensuality fi rst with its creative pieces. After its last very successful collaboration with Viktor & Rolf, Aubade has decided to go further and broaden its horizons to the East and reintroduce art into the world of lingerie. 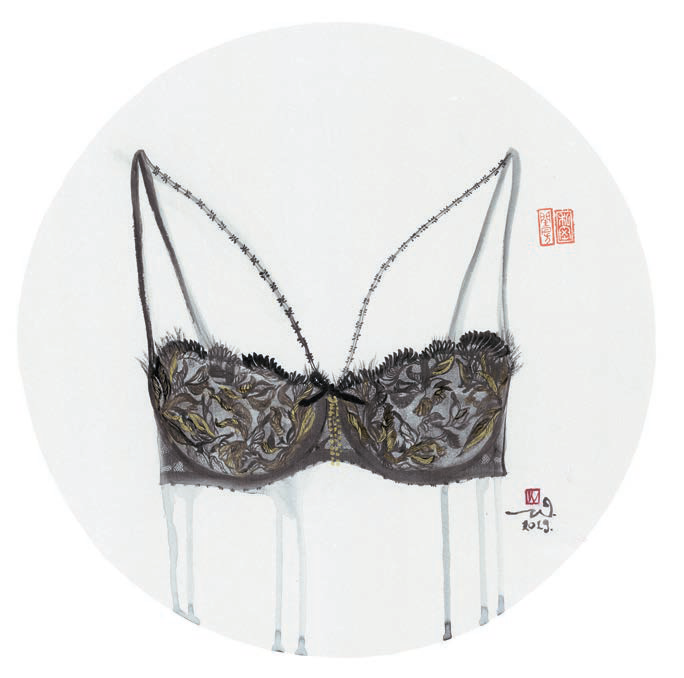 This year, Aubade has invited a Chinese artist Hong Wai and together, they have redefined the frontier between art and lingerie. They have created a special edition line elaborated to represent a bond between two cultures. Best known for her skillful use of the ancient Chinese tradition of ink painting and calligraphy, Hong Wai brings the lingerie design in the world of contemporary ink art, poetically waxing on the woman as her canvas. Related to the philosophy of traditional Chinese ink painting, the voluptuous female body in Wai’s work is like a cosmic body, where brush lines create the movement and force which restores the vitality. There’s a relationship between the emptiness and fullness, real and imagined; here showcased in all its sensuality, as lingerie captures the voluptuous beauty of a female body

Hong Wai was given a “carte blanche” to create a floral pattern, which was interpreted on an ethereal embroidery and lace that embodies the entire line titled Encre de Chine. Wai’s work offers her interpretation of sensuality adding her Chinese heritage to Aubade’s iconic DNA. 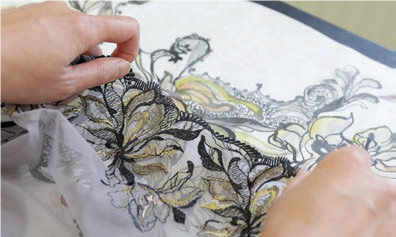 The collection is composed of seven pieces of embroidery and lace garments; four bra silhouettes and three brief models, offering a wide range for every shape and size going all the way up to G-cups. The bras and briefs match perfectly, thanks to the contrasts between the hints of bronze, black and nude hues. The elegant bow with a golden jewel and delicate removable band both embellish the lingerie and adorn the neckline. Delicate and powerful at the same time, the collection Encre de Chine characterizes Aubade’s long heritage in sophisticated and sensual lingerie, but now enriched with feminine touch of artistry. In the Chinese ink painting technique, once a stroke is painted, it cannot be changed or erased. With Encre de Chine, those strokes are now externalized as a tool of female empowerment – from the inside out. 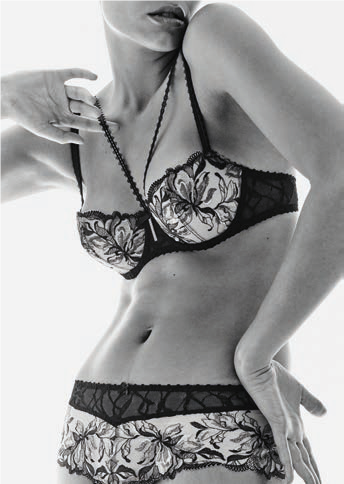 You wish to request an appointment with the brand « HONG WAI x AUBADE PARIS ». 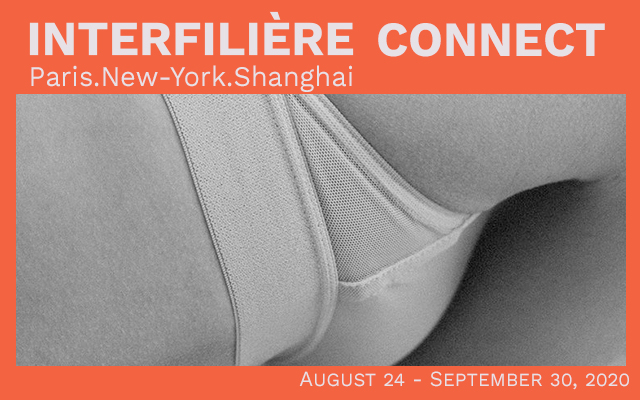