In 2018… Times are changing, women are evolving, new communication territories are being established…

The news is widely covering the mobilisation of women around the entire world to shake up the previously accepted ideas across all classes of society. Since the beginning of 2017, “women on  march” have descended onto the streets of capitals across the world to protest for their rights.

Through new channels, with new codes and new icons (from Sheryl Sandberg to Beyonce and not forgetting Malala), women are embodying a modern feminism. Lingerie, hidden under clothes, has, since its creation, paradoxically revealed the many faces of our society. So it’s not purely an accident that this year has witnessed the appearance of new communication campaigns from lingerie brands which have completely broken away from tradition.

This is only the start! 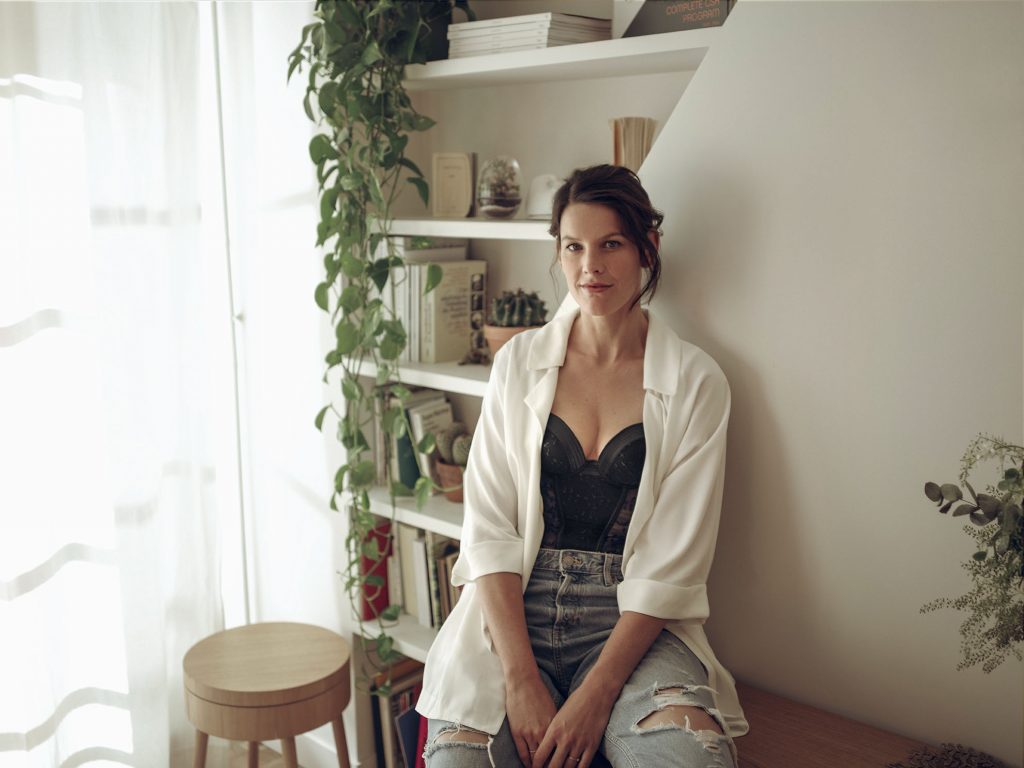 LINGERIE IS A SNAPSHOT OF ITS TIME

Lingerie combines all of the social transformations and revolutions of women. A true precursor to History, lingerie accents over the eras the desire of men for women, of women for women and today, of women for themselves. From what we hide underneath, to what we choose to show, from a useful product to a fashion accessory, from lace to armour, from corsets to sports models, lingerie has been pluralised in the image of the contemporary woman.

Following the artistic movements of each era, lingerie has always been at the heart of creation. “In photographic art from the 1970s/1980s, Guy Bordin or Helmut Newton showcased the female body as an object of desire and power. It was a period of instrumentality and screenplay, carried by extreme sophistication” recalls Sophie de Santis, Figaroscope department manager

LINGERIE IS BREAKING THE CODES

# La Maison Simone Pérèle is celebrating its 70th anniversary by breaking free of the usual codes of lingerie. Far from seductive images and without naked bodies, the brand has taken on the personality of women at the centre of its communication by revealing their Simones. ftey represent the Pérèle women in all of their diversity and originality. “When a woman feels beautiful and feels good in her own body, she has more confidence in herself and her days are better.” Simone Pérèle knows it well and insists on the importance of lingerie: the starting point for any allure but also for the mood of the day.

# Troughout its 60 years of activity, the mythical house of seduction Aubade has had its sights set on the future. It follows, listens to and translates the reports of lovers through its new advertising campaign, “Parlez-vous Aubade?” (“Do you speak Aubade?”). A campaign of the genre lessons in seduction but nevertheless a true evolution in time where words are replaced by the most sensual and current body language. “Parlez-vous Aubade?” is a French phrase which isuniversally understandable for all. Aubade becomes the universal language of seduction and love games by speaking to women. 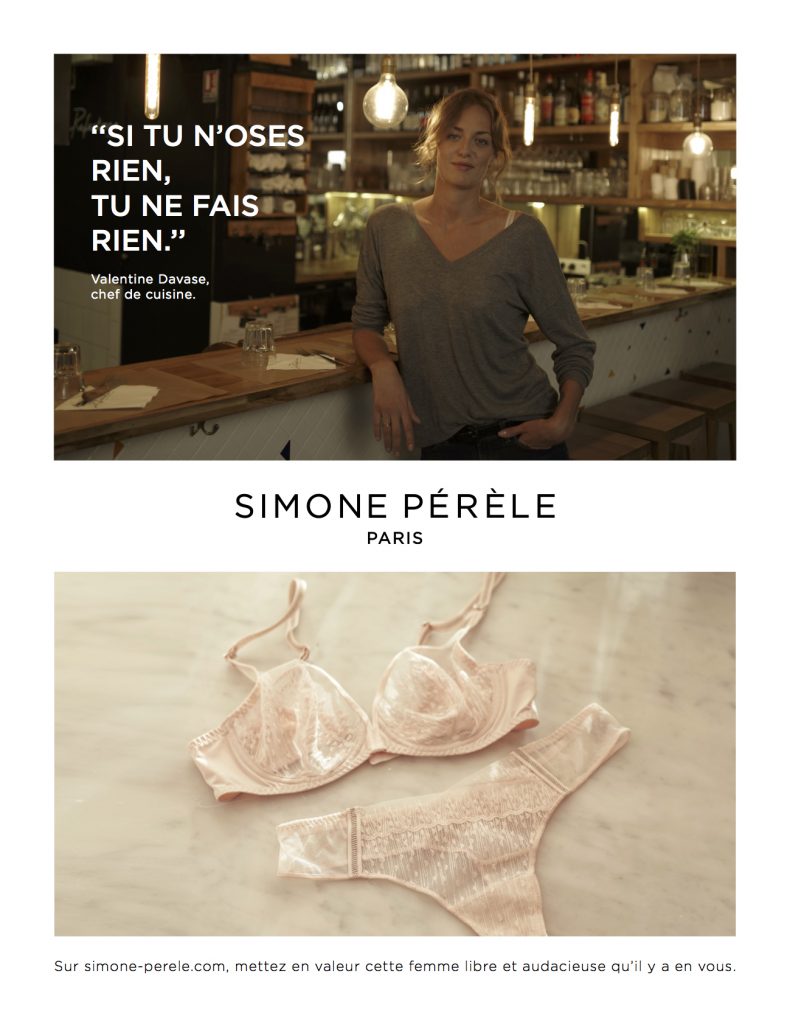 THE CLOSEST LINGERIE TO FASHION

# Maison Lejaby has been one of the first big lingerie houses to have initiated this stylistic turnaround. With Pascale Renaux, artistic director for the brand and former fashion editor, the brand has adapted itself to the desires of the women of today. Natural beauties photographed in black and white by photographer Matthew Brookes and filmed by Léo Haddad for a campaign video which makes them the spokeswomen of the new femininity.

# Lou are opting to set their sights firmly on fashion. A new communication which sums up the high ranking of the brand’srange. ftisnew, moregraphicapproach, driven by Asun Panero, the brand’s creative director, distances itself from traditional visual codes and broadcasts a strong message to all women: : “Follow your own lines”.

# Fashion impulse also features in the first Vanity Fair campaign of the Vfb Lingerie groupe, directed by Joëlle Pellegrin. ftis tripartite visual, glamour and element of surprise, signed Sofia Sanchez and Mauro Mongiello, has certainly attracted attention with an unusual urban exposition. Surfing the wave of this new vision of seduction, the brand reaches out to new consumers.

# Chantelle and Passionata are also repositioning their image under the watchful eye of Renaud Cambuzat, creative images and communication director and fashion  photographer. Far  from  the  stereotypical  images of “Lingerie” models, he proposes a fashionable and modern approach. For Chantelle, the approach is high-end and more conceptual, crystallised byeditorial visuals with strong looks. Passionata, in their camp, are opting more for “Instagram”     codes,  with     beautiful photography and a lifestyle vibe.

You wish to request an appointment with the brand « New lingerie codes ».